AKVAREL / AQUARELLE : Artist performing with watercolor in the window shop 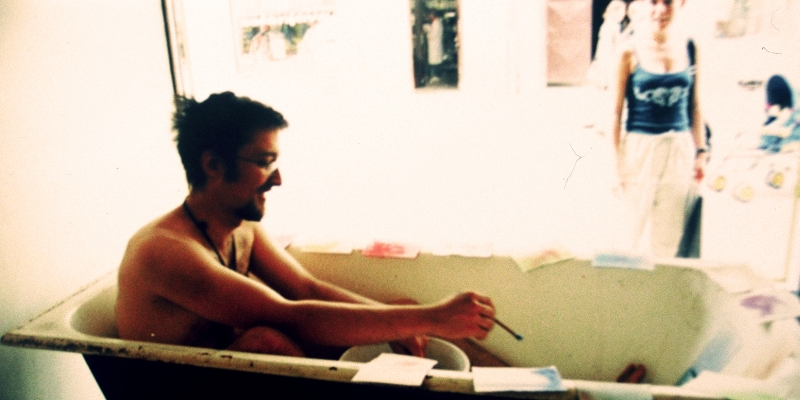 Aquarelle is one of the first street art interventions, organided by predecessor of Gulag – Institute for media research BLUE CIRCLE at The week of youth in 2000. Besides Zoran Srdić Janežič there were also two more performances in the window shops by Polona Brajer (blindfolded, making small sculptures) and by Boštjan Kavčič (drawing).